Following the success of the children´s tv series Box Yourself that premiered in 2015 and has been sold to more than 50 networks, broadcasters and SVODs all over the world, a new Box tv-show is in the making. Box City.

Box City is the new tv-show all about how to design and build your own city! The show inspires kids to learn about architecture, urban planning and environment, whilst having fun with arts and crafts. All materials are from recycled sources, the objects are simple and easy to make and they have a distinct play function!

Stein Georg Lillemoen, CEO at Earthtree and producer of the show, says:

We are developing a brand new series called Box City at the moment. The 7 episodes mini-series on YouTube has been very well received, and now we are developing a premium show for broadcasters and SVODS.  The first season will have 12 episodes. We will ship it in Q1 2019, and Season 2 (12 episodes) will be available in Q4 2019.

Box City is presented by the creativity guru Mr Oistein Kristiansen, seen by 500+ million kids on tv and YouTube over the last 10 years.

The show is targeting kids from 5-12 years.

The series will be supported by recipies, drawings and extra bonus material so that the broadcasters and SVODs can offer additional support and tools for kids online.

The show will be produced in English, but a shorter non-dialogue version of all the 20 episodes will also be offered to those who prefer not to dub, or seeking a shorter format for their channels and platforms.

The show is under production at Earthtree Studios in Fredrikstad, Norway, and Earthtree will start shipping the first episodes in December 2018.

Connect with CEO Stein Georg Lillemoen on LinkedIn or contact him directly sending an email to post@earthtreemedia.com

Stein Georg Lillemoen: Think it, Make it! Box Yourself inspires kids all over the world to see themselves as designers, creators and makers. We make design easy, engaging and fun. 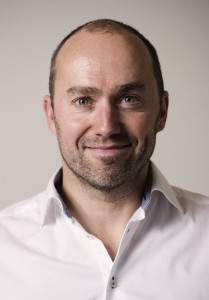