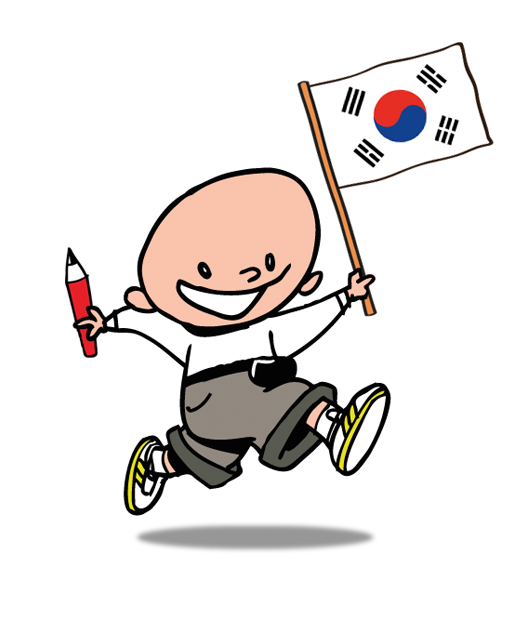 Earthtree’s shows now on TV screens in more than 80 countries. With 120 or so more, we’ll have conquered the whole world with the power of art, craft and creativity!

To make this happen, we collaborate with many really great people – including agents who bring our content to broadcasters around the world. One is Transworld Television, who cover the Middle East and Africa. Another, BomanBridge, cover most of Asia.

Our representatives in South Korea, AB Media, are particularly active at the moment.

Since we signed with them shortly after MIPTV in April, AB Media have been working tirelessly to bring our creativity brands and TV-shows to the widest audience possible. Their first step was to create a new umbrella brand, localised for the Korean audience: “Scandi-Daddy“, Øistein’s newest alter-ego!

Here is a clip of Scandi-Daddy in Korean:

Alongside the broadcast comes a full range of Scandi-Daddy merchandise: books, T-shirts, sticker albums, plus presence on the web and social media.

Øistein himself will be visiting Korea in early 2015 for a live tour. AB Media will soon be launching e-books, apps, educational packs to support the national curriculum, and even dedicated Scandi-Daddy pop-up shops in some of Korea’s most popular children’s theme cafes.

AB Media demonstrate the perfect international collaboration between content creators and international distributors. And with MIPCOM 2014 days away, we’re just getting started!

Meet us at MIPCOM!