Earthtree Media, the producer of the series Learn to draw, sold to more than 40 countries worldwide, is now presenting a new season in the successful series: Learn to draw ABC

Learn To Draw the shape of the letters and turn them into fun characters!

Learn To Draw ABC is a brand new step-by-step cartoon drawing show presented in a lively and energetic way by international cartoonist Øistein Kristiansen. In each episode he demonstrates how a letter can be developed into a fun character! 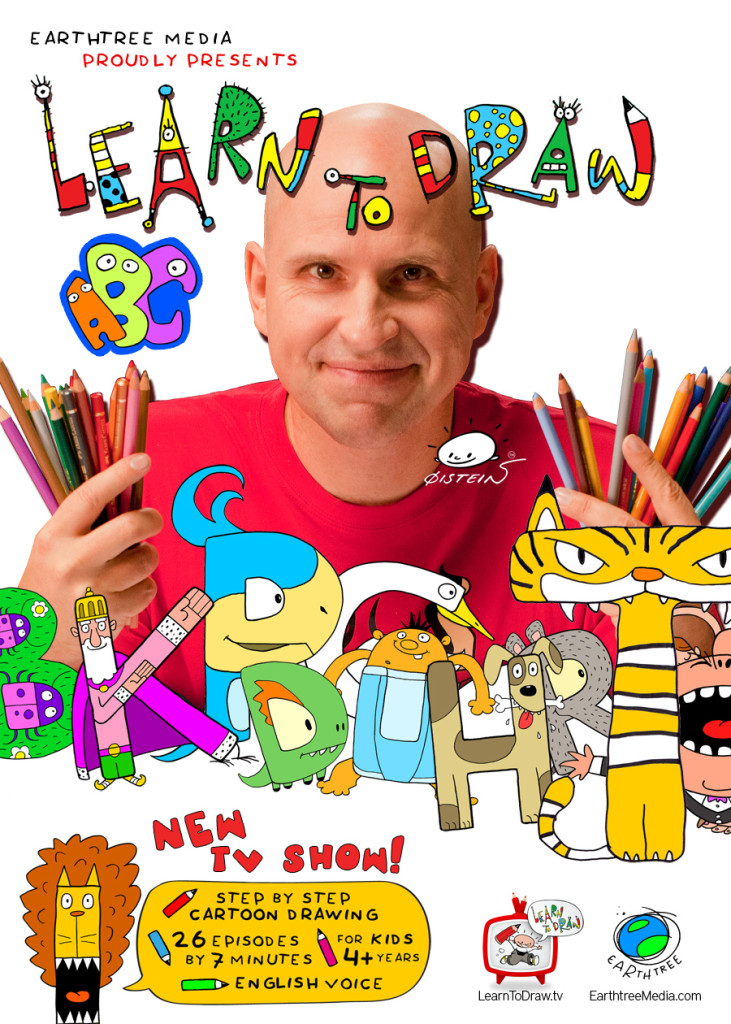