Box Yourself is an art & crafts TV-show for kids produced by Earthtree Media AS.

The first season has 30 episodes of 11 minutes each. In each episode Øistein Kristiansen, and his animated sidekick Box, shows us how to create wonderful creations out of cardboard boxes. Each episodes brings you through the whole process of the creation: Draw, Build, Share!

The show was recorded at Norsk Filmstudio Jar, Oslo, in August/September 2013. The show is currently in post-production at our production offices in Fredrikstad with a estimated completion in the beginning of November 2013. 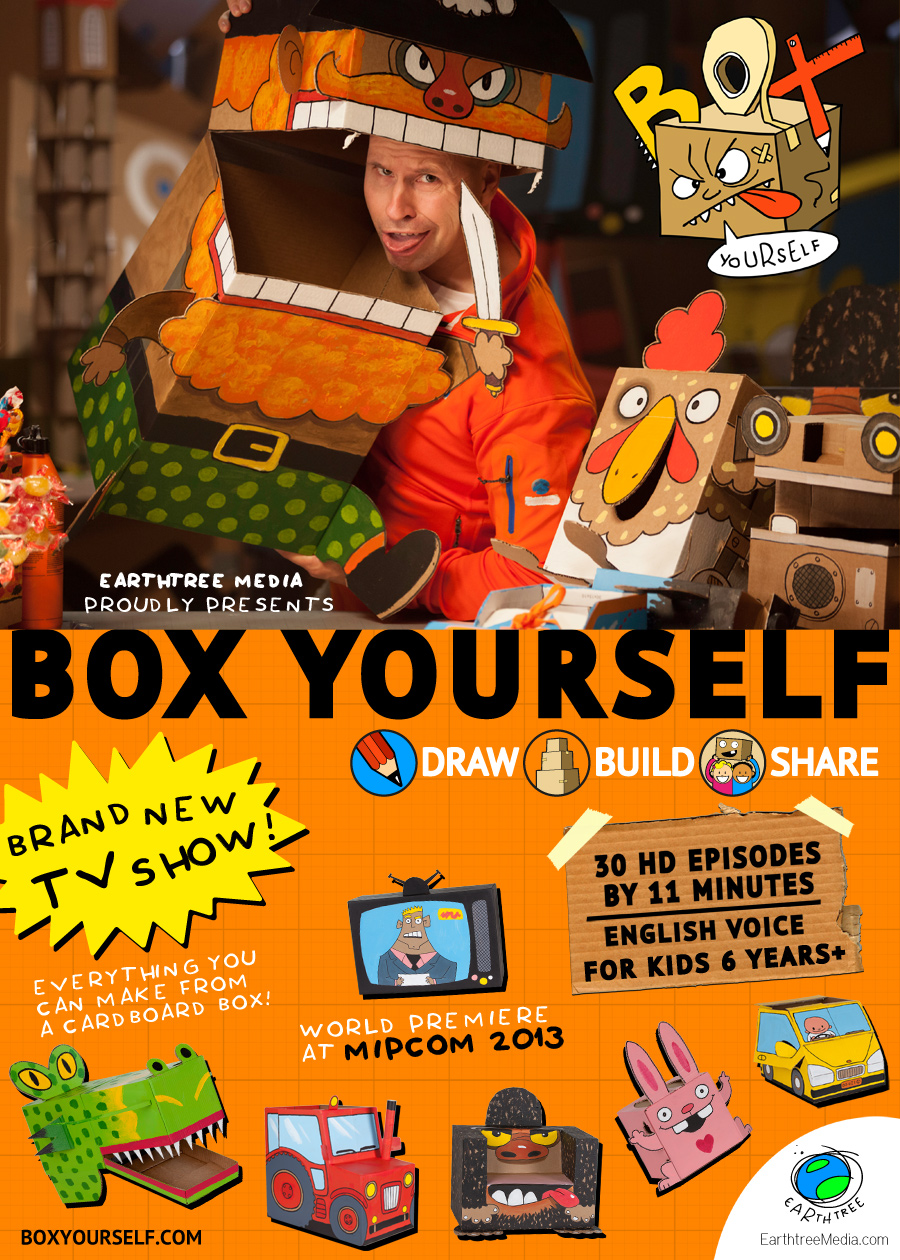